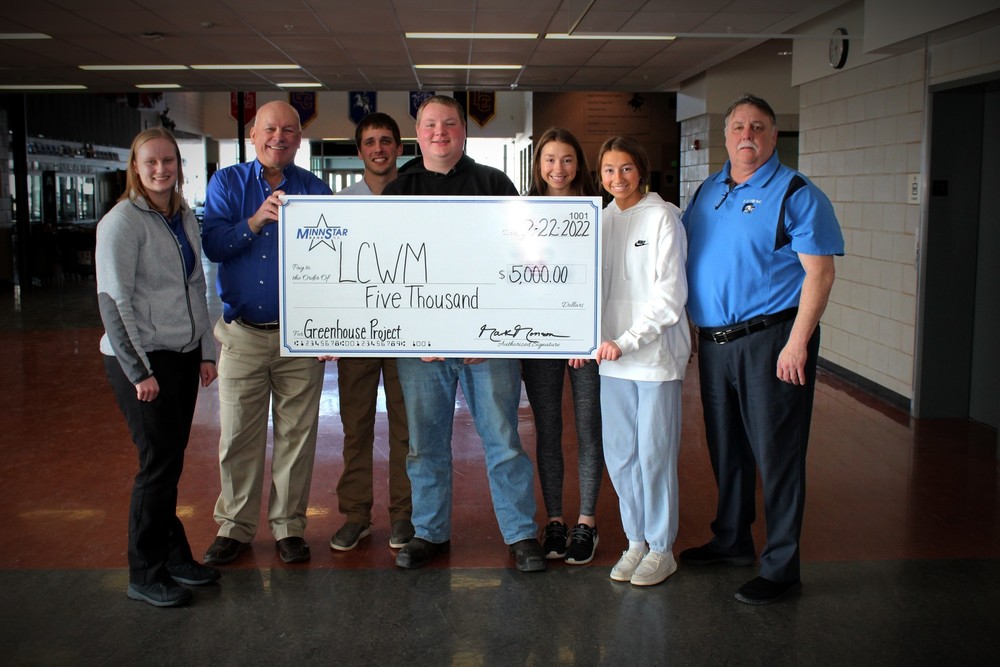 The Lake Crystal Wellcome Memorial Agriculture Department has received a $5,000.00

Crystal and Mankato. This is part of the continued efforts by MinnStar Bank to support

youth educational efforts in area school districts. The new greenhouse will be utilized to

Plans are to begin construction of the new greenhouse later this year, with LCWM

students being actively involved in the construction process. The FFA Greenhouse

area businesses and individuals. More donor support is needed to fully complete this

educational facility. To find out more information regarding the FFA Greenhouse Project

or about making a donation to the project, contact Emily Ziemer or Tim Uhlenkamp, Ag 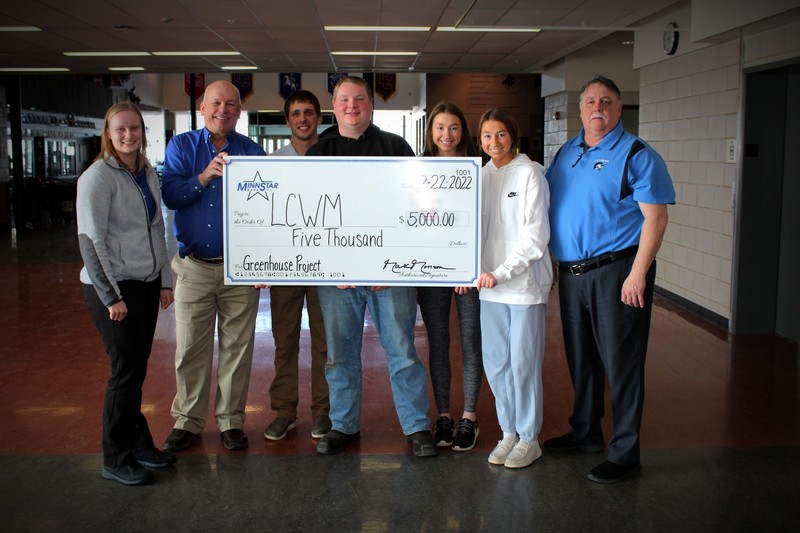